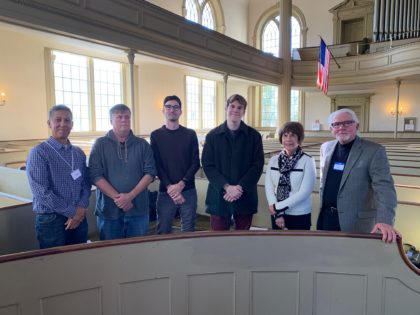 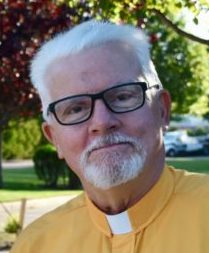 I had the great fortune of falling in with the wrong crowd at a very early age. In the end, it has opened up all kinds of wonderful possibilities for a life that I’m so very grateful for. Alternative service as a Conscientious Objector during the Vietnam War led me into a career in Social Work for many years. Being a child of the 50s and 60s opened me up to communication through music and a two-decade career as a singer/songwriter, which literally took me all around the world.

Meeting, marrying and living with Judy Blustein Ortman for the past 42 years has provided a partnership that has been central to my life and my ministry. Being an at-home father during the early years of our three children’s lives was perhaps my most precious career. Although I must say that now, being the grandparent of three young, beautiful grandchildren rivals my position as father for being most precious!

After graduating from Meadville/Lombard Theological School at the University of Chicago, I was ordained to the UU ministry in 1992. I was elected and served on the Unitarian Universalist Association’s Board of Trustees, and over the years have served congregations in Burlington, IA, Fitchburg, MA, and Montclair, NJ. In Montclair I had the great privilege of serving for 20 years and “retired” as Minister Emeritus in 2015. I then served two years as Interim Minister at First Unitarian Church, Providence RI and now serve as the Minister for Immigration and Sanctuary for the Rhode Island State Council of Churches. My ministry and my life have been a constant journey through and an exploration of experiences of awe, gratitude and service. 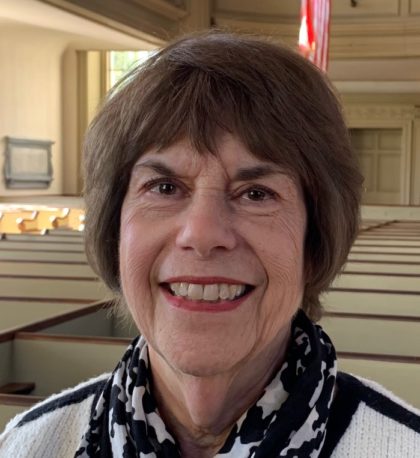 A new resident of Providence, Norma Rossi Mead is enjoying her involvement with Inquiring Minds, Providence Village and Lifelong Learning Collaborative.  Her younger son and his wife are enthusiastic residents and her incentive for moving here after the death of her husband Walter Mead.  She was born, raised and educated in Wisconsin, lived in Chicago, Peoria and Germantown Hills, IL most of her life with brief residence in Eugene, OR.  Her primary career was in marketing and public relations, directing efforts for a medical complex, community college, and several nonprofits.  She has also worked in training and development, specializing in identifying needs for complex organizations.  She makes frequent visits to her older son, his wife and two sons in Des Moines, Iowa and enjoys traveling to new places.  She was a member of the Universalist Unitarian Church of Peoria and her lifelong faith of Reform Judaism is a strong faith foundation.  She has encouraged several friends and family members to visit her since her move here and has received enthusiastic endorsement for her choice of communities. 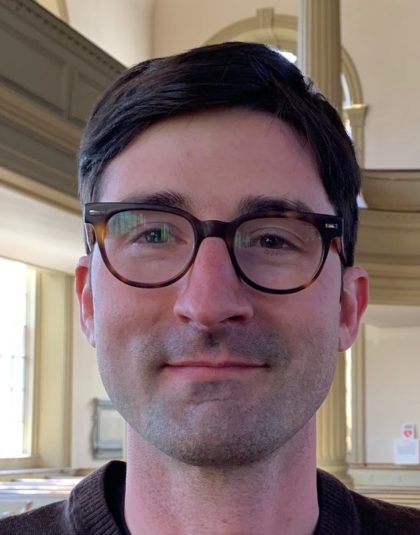 Nicholas grew up in Baltimore, a place that three generations of his family had called home. After escaping to Providence for college, he bounced between Baltimore and Connecticut before returning to Providence for graduate school. All told, he has lived on the East Side for a total of eleven years, the last eight of which he has joyously spent with his wife, Constance, and dog Clementine. Nicholas has a Ph.D. in Religious Studies and has taught religion and ethics at numerous colleges in New England; he currently works full-time for the Brown University Library. He began attending First U over the summer and discovered that it felt right for him.

Kate Colby is a terrible cook and once roasted a chicken upside-down. She lives just down the street with her husband, Rusty; two kids, Willie (9) and Maggie (7); and good dog Boris. She grew up in the Boston area, interloped in California, and has been lurking around First Unitarian for many years. She is author of several books of poetry and literary essays and teaches in the Literary Arts Department at Brown. 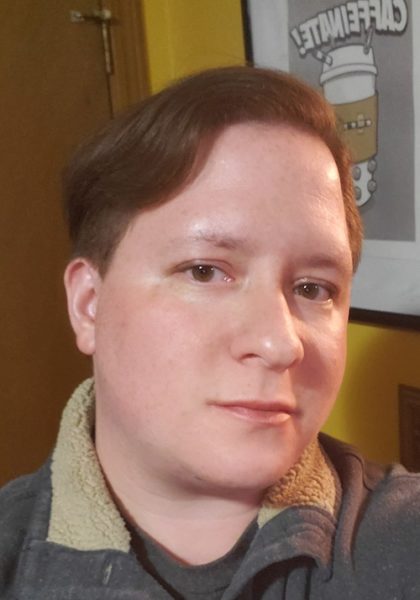 Kody lives in Pawtucket with their dog Biscuit, after growing up in CT and attending college in Boston. Their vocation is as a clinical social worker and they work for a local child and family services agency, primarily as a therapist specializing in adolescent mental health and the LGBTQ community. In their down time, they love reading, exploring beautiful RI with their dog, spending time with friends, and enjoying their subscription at PPAC. Kody was drawn to First UU’s welcoming congregation and dedication to social justice. They are happy to join the First UU community. 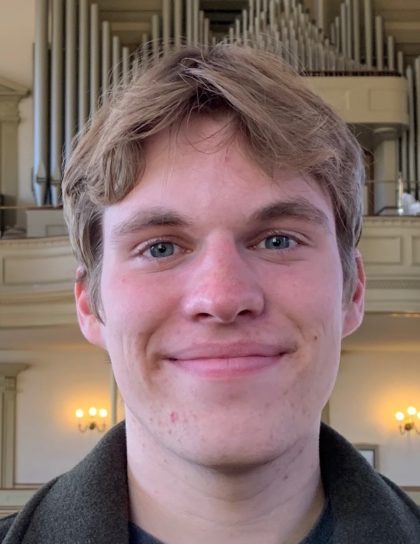 William has been attending First U for the past year and a half after moving to Rumford from Montpelier, Vermont. A lifelong UU, William was introduced to First U through the campus group of which he is now a regular member. Now in his final year at CCRI, where he attends on a promise scholarship, he is just beginning the transfer process. Upon transferring he plans to study sociology and economics or international relations. First U has been William’s home away from home and he is excited to further deepen that connection. 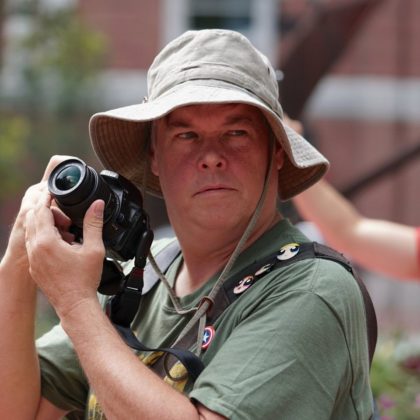 Steve Ahlquist is an independent, progressive journalist with UpriseRI.com. He is married to Kathy Ahlquist and has three adult children. 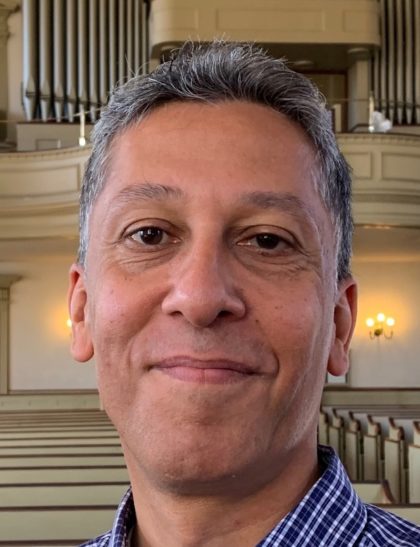 I moved to the Providence area in the Fall of 2010 from sunny Florida. Raised Catholic I am happy and excited to have found a community at UU in Providence. I was raised in Manhattan, and have been lucky to have lived, and traveled in Europe. I have a Master’s degree, and enjoys yoga, reading and meditation. My spiritual journey began in 1987, and have never looked back. The most important things to me are my family, friends, my animals (two cats), and the people I love. Connection and vulnerability are what make life so beautiful. 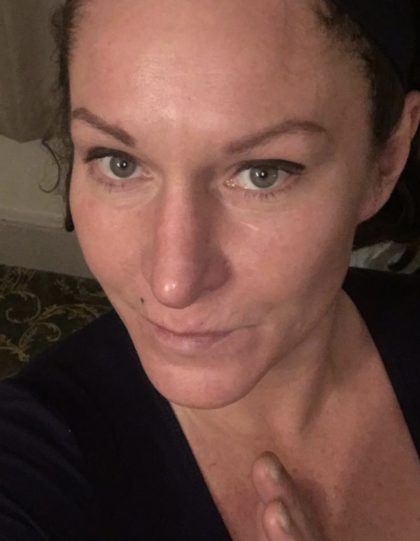 It has been a blessing to be back at First UU Providence after 28 years. I am inspired to be an active member. This quote by Ram Dass has been an inspiration to be a member of First UU: