Home » About Us » Our Minister and Staff

Our Minister and Staff 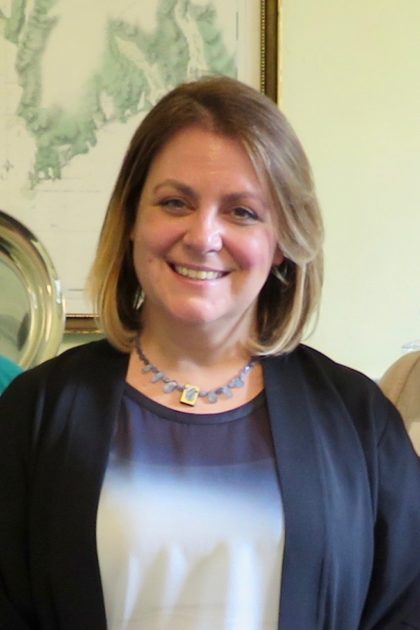 Raised Unitarian Universalist in Newton MA. in a family with both Jewish and Catholic roots, Liz earned a Masters of Divinity and an advanced Masters in Theology from Harvard Divinity School. Her academic interests are ancient Greek religion and culture, Hellenistic Judaism and early Christianity, as well as the history of women in western religion.

Liz has served UU congregations in Lexington, MA, Mt. Kisco, NY, and Silver Spring, MD. For years she served on the board of UUs for Jewish Awareness. She also served on the Continuing Education (CENTER) committee of the Unitarian Universalist Ministers Association (UUMA), helping to plan the UUMA’s ground-breaking first Institute for Excellence in Ministry, and co-chairing the second Institute.

Since 9/11/2001 Liz has built a strong interfaith relationship with the Ahmadiyya Muslim Community USA. She is committed to building a multiracial, multicultural community within and beyond our congregations. Parish ministry remains her passion and calling.

Cathy has served as the religious educator at First Unitarian for over 25 years. A graduate of the University of Connecticut with a BS in Nursing, she earned her Master of Theology degree from Harvard Divinity School. She is a past president of the Liberal Religious Educators Association, the professional group for UU religious educators. Cathy lives in Providence with her husband Norm. They have three children and four grandchildren.

Roger was ordained within the UUA and has 15 years of parish ministry experience. In this new role, Roger will be working with the Lay Ministry and Parish Care Teams and will coordinate with Rev. Liz and staff to enhance the pastoral care offered to the First U community. Roger lives in Cranston with his husband, John Hickey.

First Unitarian’s music director since 2000, Fred holds a BA in Organ Performance Music and a Master of Music degree in Early Music Performance from New England Conservatory. He is founder and director of the a cappella ensemble Schola Cantorum of Boston, a 12-voice ensemble dedicated to the performance of Renaissance sacred music. He has been the Director of Choral Activities at Brown University since 1991 and is a harpsichordist, organ recitalist, and singer. Fred lives in Providence.

Jenn has been attending First Unitarian since 2000 with her husband Jon and their two sons. She has served on the Membership Committee for as long as she can remember. Jenn has also taught in the Church School, participates in a Chalice Circle, and volunteers when she can with her son at the Food Pantry.

Gene is an ordained minister in the United Church of Christ. He is a religious leader and community activist who has served churches in Rhode Island and Delaware. He has served on the boards of numerous civil rights and human service organizations. Currently, Gene is the interim pastor at Lime Rock Baptist Church in Lincoln, RI.

Nancy joined our staff in 2018 and keeps track of the day-to-day life of the church, working closely with the minister, Prudential Committee, and staff team to keep things running smoothly. A Rhode Island native, Nancy recently moved back after 20+ years in Connecticut where she served as senior minister of two American Baptist churches. She has degrees in English, New Testament Studies, and Humanities. Nancy is also an experienced fundraiser and combines creativity with organizational skills.

Walter came to First Unitarian in 1998. He oversees all financial aspects of the church, maintains the database, and provides technical office support. Originally from El Salvador, he has lived in Providence since he was 14. Wally has two daughters.

Jaime has been with First Unitarian since 2001. He is in charge of all maintenance of the Meeting House and the Parish House as well as daytime security Monday through Friday. Originally from Colombia, he lives in Pawtucket with his wife. They have two adult children.

Pedro has been with First Unitarian since 2009. He is married with two grown children and lives in Pawtucket.

Reuben has been our Sunday/Monday security manager since 2017.  He lives in Providence with his wife of 30 years; they have four children.