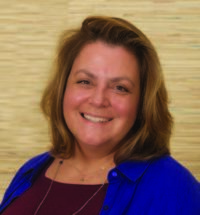 At the invitation of the Rhode Island Coalition Against Gun Violence, I spent a long afternoon and evening at the Statehouse to testify in support of sensible gun control. The experience was intense from beginning to end. I stood in a long line of almost all large men with short hair and long beards, wearing yellow t-shirts with quotes from Thomas Jefferson on the back: “The tree of liberty must be refreshed from time to time with the blood of patriots and tyrants.” I guessed that my kind were the ’tyrants’ in this scenario, the gun rights folks were the patriots, and that they were prepared to both shed and spill blood on this issue. That was intimidating.

As we got to the security station, a young man in front of me had to remove his belt which was in the form of a bandolier, filled entirely with bullets. I didn’t see if the officers gave it back to him to wear; I was preoccupied with a security officer who was unhappy that I had neglected to remove a decorative safety pin that holds my winter coat closed.

In the chamber where the Judiciary committee would hear testimony, I was seated among people on both sides of the issue, right behind my friend, the Rev. Jamie Washam from First Baptist, and next to Sydney Montstream-Quas, founder of the RICAGV. It was nice to have a chance to talk to and get to know Sydney better, and to literally have Jamie’s back as we traded whispers of support, concern, or frustration as the long day turned to night.

But it was also stressful – the yellow (gun rights) vs. red and orange (gun control) colors meant you knew where someone stood as soon as you looked at them. The legislators’ questions showed that they were mostly gun rights people, often with a military or law enforcement background. All of the control-friendly legislators left by the middle of the evening, long before I spoke.

Two men behind me in yellow shirts were coughing so I offered them cough drops. They both looked surprised, but also appreciative, and one accepted my offer. When I had to get up to make a phone call, a long line of yellow-shirted people got up politely to ease my exit, and then again to ease my re-entry. I thanked them profusely, apologizing for discommoding them.

While some of the professional advocates turned me off with their language and their specious arguments, the regular folks were earnest. The order of advocates was government officials first, then ‘expert witnesses’ (I was one, submitted by the RICAGV), then citizens. When the gun rights citizens testified, most of what they talked about was that they really believe not just that they have a right to guns, or that guns are important to them, but that they truly believe they are good guys with guns, and their presence will deter gun violence and massacres, which they also deplore. The first yellow-shirted regular citizen to speak at the hearing was one of the really big guys. He broke down in tears during his testimony, saying that all day people had looked at him like he was a monster, making it clear that this issue is painful to him, and he too feels vulnerable in the sea of colorized, polarized engagement.

As I listened to the many other speakers, I modified my testimony to make it more practical, more respectful, and less ideological. In the end, I made five points I felt good about:

But also I thanked the gun control folks for their kindness. I spoke about how fractured we feel, and how we have to offer each other respect as we work to find common goals and achieve those goals After I spoke one gun rights person was rude to me, but everyone else made a point of thanking me for my remarks. One young teen agreed to send me his testimony so I could learn his story and why he feels as he does. I gave him my card and I really hope to find his testimony in my inbox sometime soon.

The whole day was tough and tiring and very long. I got home after 11 pm. But also it was educational, and in a strange way, heartening. We know we need to find ways to reach out across all that divides us. On that day in the Statehouse I tried, in small personal ways, and publicly with my words, to do that. And… it helped. That it helped at all matters a lot to me. It gives me hope.

See you in church,